91 of 328 episodes indexed
Back to Search - All Episodes
00:00:00
mm Good morning and welcome Happy New Month. This is Pastor lucy painter with your daily insight. And this month we start a new, serious new episodes. We will be discussing divine experience. And we start with the story of moses, which is one of the earliest and finest stories of divide commissioning. You know, this is a man who had spent 40 years in the desert after running from Egypt with nothing much to show for it except the ship he was tending to which actually belongs to his father in law, moses had not really known home his entire life. He had born over hebrew woman adopted by an Egyptian, raised by his own mother as he's made. And then after killing an Egyptian, the people he had thought of his own rejected him.
00:01:06
He fell from loyalty to shepherding flocks And for 40 years he lived an obscure life in the desert. And so from today's text we see in exodus 3127. That moses was tending the flock of Jethro his father in law, the crystal medium. And he led the flock to the back of the desert and came to Horeb. The mountain of God. And the Angel of the Lord appeared to him in a flame of fire from the midst of a bush. So he looked and behold the bush was burning with fire. But the bush was not consumed and moses said, I will now turn aside and see this great sight why the bush does not burn. So when the Lord saw that he turned aside to look God called to him from the midst of the bush and said, moses moses. And he said, Here I am Then he said, do not draw near this place, Take your Sanders off your feet.
00:02:15
For the place where you stand is holy ground. Moreover, he said, I am the Lord, your God of your father, the God of Abraham, the God of Isaac and the God of Jacob in moses heed his face for he was afraid to look upon God. And the Lord said, I have surely seen the oppression of my people who are in Egypt and I've had their cry because of their taskmasters. For I know their sorrows, you know, in the bible fire is a common symbol of God's presence. It has in so many occasions been used as an icon of the divine. You know, as a sacramental window into God's presence. And in this series we will be talking about divine experience. And there's no better way to begin this than looking at moses experience with the burning bush.
00:03:21
His experience with the untamed and yet reassuring presence of God. His experience with the very embodiment of God's merciful accommodation. You know, I look at this experience, I always call it the banning bush invitation. But the Bible says that moses led the flock to the back of the desert. He woke up to do what he had done for 40 years turned into his father's in low flock. You know it was more says who wrote the book of exodus. He could have simply said that he went out to the desert, but he specifies that he went to the back of the desert, which seems to indicate that he went beyond the usual grazing grounds. To him. He was simply discharging his duties.
00:04:25
But God had other plans for him. And this is how divine placement, divine positioning and divine repositioning works. Our God is a god of seasons. He positions us for our divine experiences. And he ordains things to flow according to his plans for that season. In what might have started as a regular day for mosques, God placed him right in the path of his glory. He caught his attention in a way that moses would would not have mistaken for anything else. The bible says that moses turned aside to see that great side. I always liked that His curiosity drew him to God. This is a man who had been in the desert for 40 years. There couldn't have been any new experience for him. He could have easily told a spontaneous burning bush a marriage from a reality.
00:05:35
Mm. But the moment he beheld the burning bush, he knew there was something different about it. And the bible tells us that when moses drew closer to the bush, God spoke to him, he called him twice by name and with a certain passion. Mosses, Moss is wow! He knows his by name and instructed him to take off his Sanders. This is what we do when we invite people into our houses. But beyond the invitation, God was telling moses to read himself of the pollution of the desert so that he could experience in full the presence of God. The once obscure share furred and probably long forgotten by his people was being invited by God's immediate presence. God revealed himself to moses in a way so intimate. A mosque has hit his face.
00:06:42
We are talking about divine experience, the when and where of God's timing is upon himself. But when we get that experience, it's like nothing we've experienced before. It is something intimate. It is different life altering experience. But like mosses, we must be keen to notice when God is at work. We must take time to let God speak to us. This is faster lucy painter with your daily insights and this is divine experience. They grant shalom. Yeah. 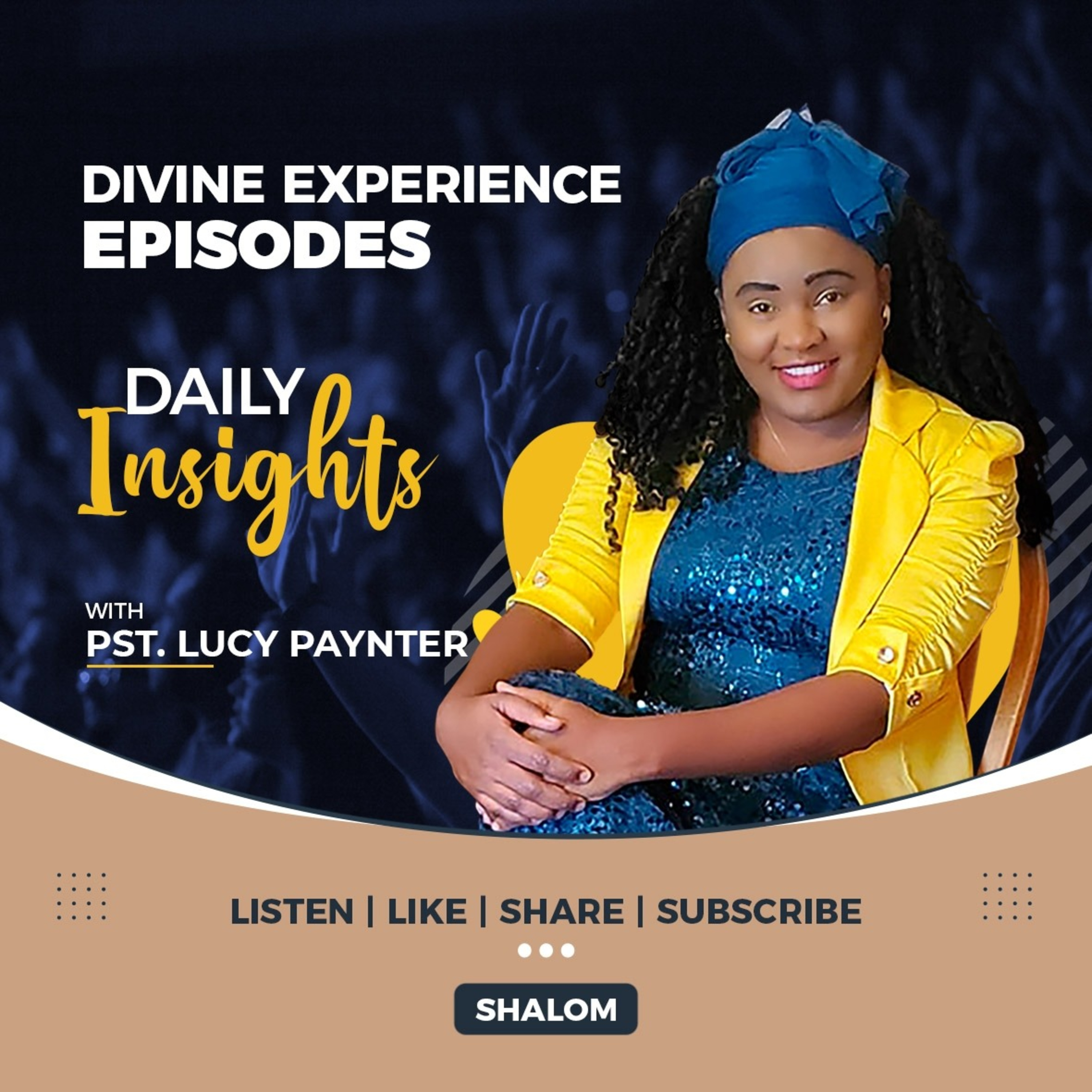