69 of 310 episodes indexed
Back to Search - All Episodes
00:00:00
good morning and welcome. This is pastor lucy painter with your daily insights. I don't know whether you've ever gotten to a point in life where you ask yourself, what is God really up to now. You know, you feel like a ball in an actor's hand stretched strained to the edge of your breaking point and then held in that position. He's not releasing the tension and he's not launching either. He's just holding you in place, taking his time. Some of us have been and are still in that position even as we begin a new year. If you felt this way, then this message today is for you because this year of launching into the deep, we want to take on that extra strain to stretch our faith.
00:01:08
A little father. And our reading today is from Luke five verse four to six, which says when he had stopped speaking, he said to Simon, launch out into the deep and let down your nets for a catch. But Simon answered and said to him, Master, we have toiled all night and caught nothing. Nevertheless, at your word, I will let down the net. And when they had done this, they got caught a great number of fish and their net was breaking. Isn't that a beautiful, beautiful scenario right there, jesus had just finished teaching the crowd from Simon's boat. And then he looks at peter and just tells him to launch into the deep, let down his nets for a catch.
00:02:15
And you know this fellow or professional fishermen, they had been at the c the whole night toiling, letting down their nets into the sea over and over again without any luck. These were long past the fishing hours. They had probably cast their nets as deep as they thought necessary. But then Jesus tells them one more time and I love the obedience of Peter and this group, they heeded his words and we can see the results of that, you know, to launch out and let go, means to losing and put out there to Sunburn, Jesus was telling them to stop pottering around the boats length. He was telling them that there is potential further beyond the boat. Father beyond the shows into the deep. He was telling them to stop limiting themselves to go further that they had before.
00:03:23
His words were meant to renew their faith and hope. It's a new ear. My listener be renewed. And this was going to go along with renewed work. They were going to have to persevere and worried. It doesn't matter whether they had worked all night. No, no, no. One more time launched into the deep to put absolute faith in his word, to go out in obedience and trust in his word. This is the kind of heart that can be trusted to go out into the deep. You know, you get to the place of saying, okay, Lord, you know, we had tried, but because you say so the heart that doesn't care how many times that he had tried before the heart does that doesn't care how far out everyone had gone before the heart that is ready to take the counsel of the Lord, a spirit that cannot be suppressed by past failures.
00:04:27
And it's my prayer for you this morning. May the Lord renew your strength this year. May he give you a new motive, a new reason to launch deeper, To try again, to let go of your fears, to an yoke yourself from your past failures and steer father than you have before to put out there, what you have to let and bear yourself and let down your nets knowing that he who who has sent you out where it's deep, sits in that boat with you. And when he says launch into the deep for a catch, it's because he knows there is a catch shalom, this is Pastor lucy painter with your daily Insight and this is launching deeper. Day three 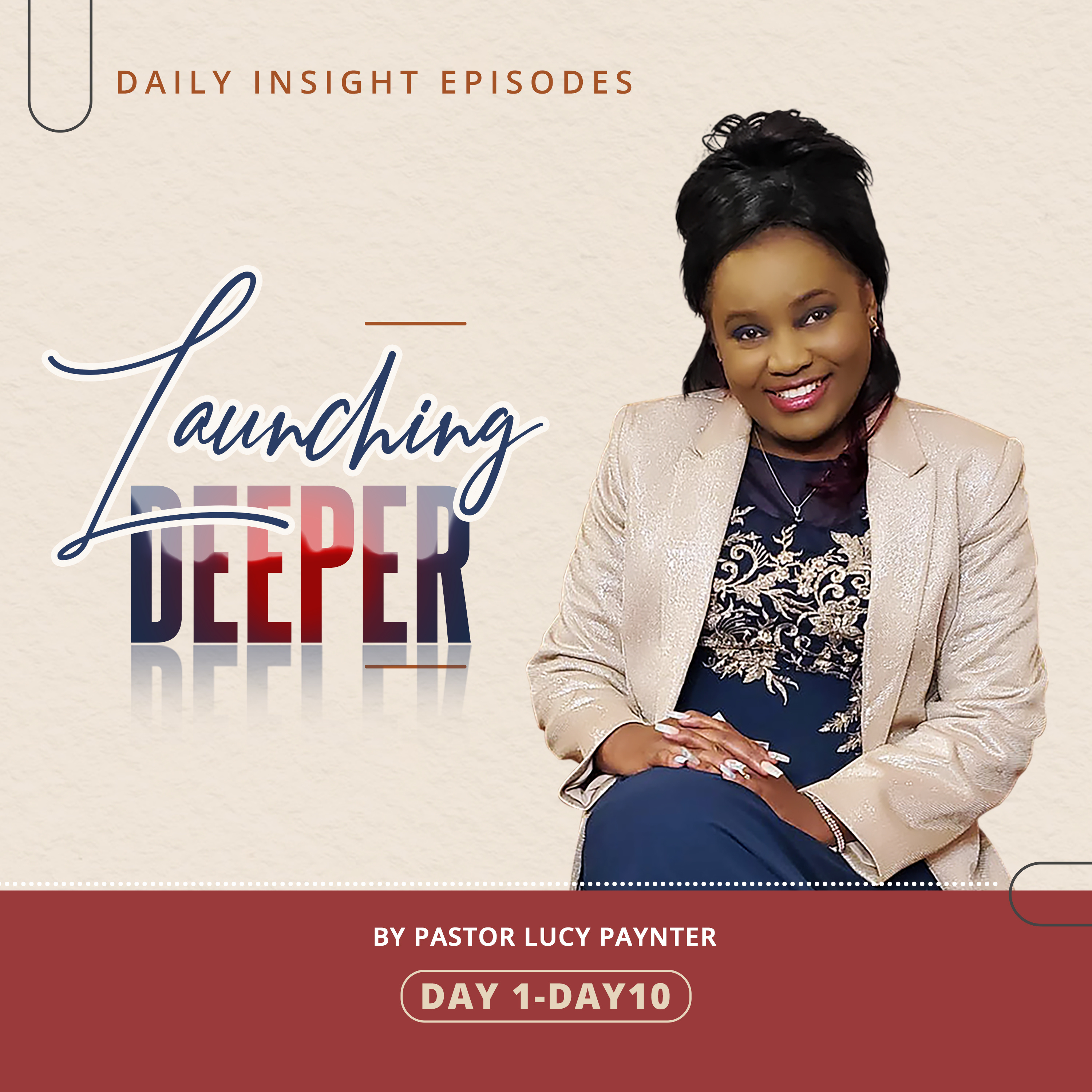