91 of 329 episodes indexed
Back to Search - All Episodes
00:00:06
Hello and welcome. This is Pastor, lucy painter. With your daily insights today we are going to continue from where we left yesterday with the story of Abraham and his nephew. Lot in genesis 13 were seven after they had returned from Egypt. After they had settled in the land, contention broke between Abraham and lots workers. The herdsmen, they land could not sustain them. Now. These two men had grown so much in well that they didn't see the need of dwelling together anymore. They started quarreling of a land in the presence of the unbelieving inhabitants of the land.
00:01:09
And so it gets so bad that it gets to a point where Abraham tells Lord, we can't go on like this, separate yourself from it, choose what you want and I'll take whatever remains. You see, we have two very different men. Here. one is a man of faith and the other Lord. Oh, Lord is a man of logic, a man of sense. Abraham lived in contemporary ation of the promises of God and he knew that whatever remained God will make him prospering it lot, on the other hand, wanted nothing less than to increase his wealth to expand his fields. So when they separated, he went to live among the unbelievers. Abraham did not consider worth the conflicts that were bred by their abundant wealth at the height of his communion with God.
00:02:19
He sought after piece. He did not yield to Lord in weakness. He could have fought for his property. He could have stood on its dignity, but he chose to leave it to God because he knew that he could prosper any, you know. Abraham could even have stood the ground and say that loot a lot was wealthy by association. If he did not follow Abraham, he wouldn't be wealthy in the first place. And we see later that it all played out to his advantage because Lord, in his application of logic and sense chose a land that would let her fall under God's judgment. You see the reason why we are talking about the test of abundance is because they are not a preserve of unbelievers like Lord of people who consider themselves wiser than the rest.
00:03:29
We are talking about it because we, as believers, fill The same test too often. We succeed in life and start falling out with one another. We start feeling too important to dwell with people. We literally grew up with people we've walked the part of progress with, we start humiliating each other in the presence of unbelievers. Instead of starting together in the common front, evidence braves a wedge between us. We drift apart. That momentary evidence dwindles our faith. We become consumed with asserting ourselves and rubbing it in each other's faces that we are good enough without them. And we turn a blind eye to the consequences of breaking the body of christ apart. We become so consumed with the abundance of our success that we don't even realize that our character is changing that in the rush and hit of that one breakthrough, we have chosen to walk straight down the plane to live among the and take the character of the people we once thought are lost and we once had the responsibility to show them the love of christ and bring them over to the Kingdom of God, the test of evidence.
00:05:13
And that is why we are talking about this ali into the life, Ali into the ear because we need to develop a consciousness to the things of the Kingdom of God. We need to be constantly aware that abundance comes with abandon. It comes with a risk and a responsibility and I want us to ask ourselves today, how are we going to drive in the coming season of abundance? We let draw us closer to God and to each other, or we let drive a wedge between us. We lead changes for the better or for the worse moments of reflection as we ask ourselves these questions, shalom this is Pastor lucy painter with your daily insights and this is tests of abundance day for 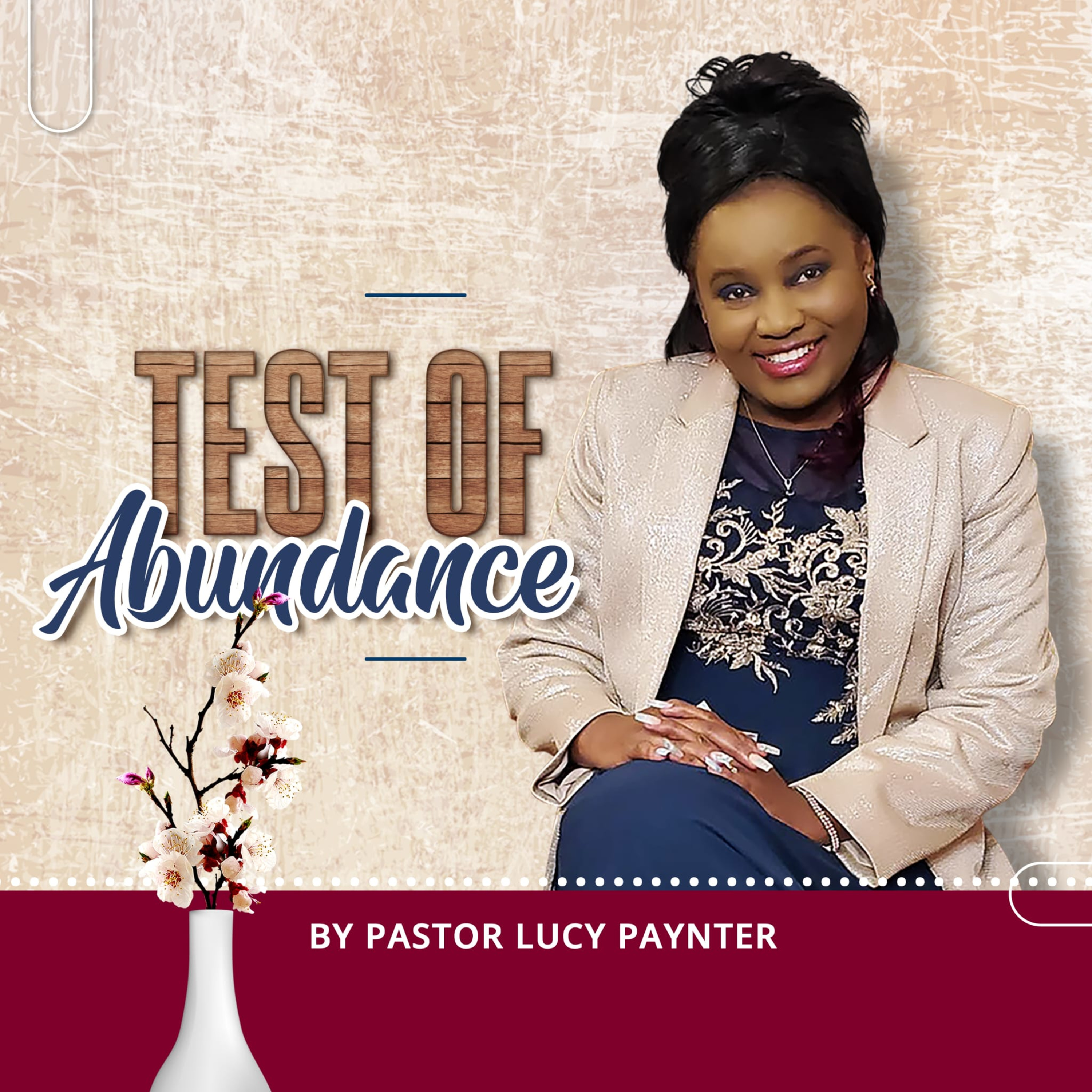