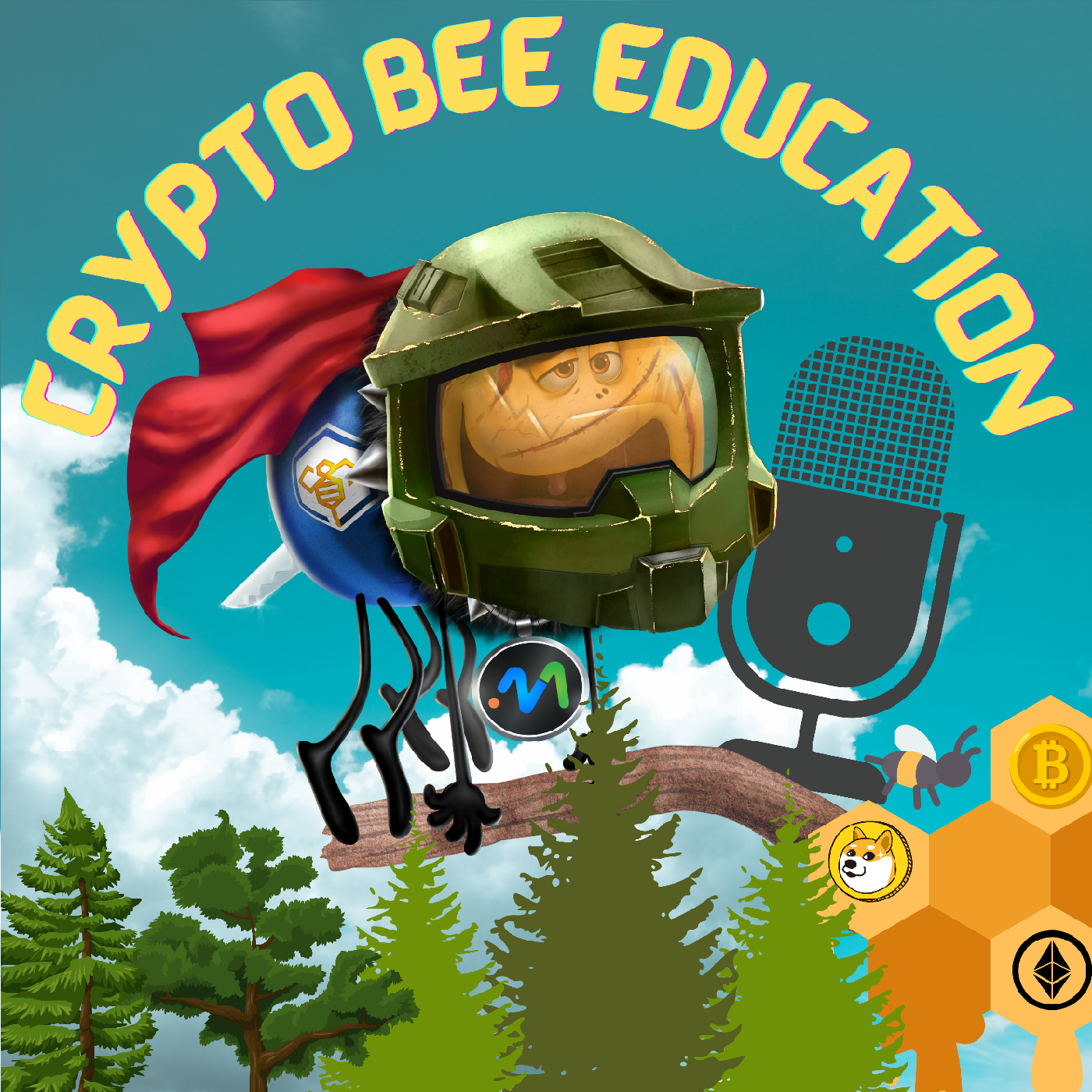 4 of 4 episodes indexed
Back to Search - All Episodes
00:00:00
Everybody welcome. My name is Ray and we're gonna go down the Web three rabbit hole briefly. If you're new to Web three, then you come to the right place and we're going to talk about what is Web 3? We'll help you with concepts such as Blockchain, Bitcoin and ethereum will help you talk about how to buy crypto, how to do it, how to accomplish that setting up a wallet, right and avoiding wallet scams and all the other different types of scans doing crypto because there are a lot, we'll help you learn how to use L. Two and L one chains to save money. What the heck are L. One chains? What is L. Two? L two is a layer two protocols that are built on layer one. Block chains. That is what they are. And we'll get into that a little further in some other videos. Let's start by discussing why does Web three matter? Why does it even matter? Crypto has one feature that has never existed before and it's huge.
00:01:09
It's trust. If trust can be set by code then people don't have to rely on middlemen to get things done. They don't have to trust banks to get paid, they don't have to trust lawyers to draft a contract and they don't have to trust social networks to make a living with. Trust comes ownership by reducing the middleman tax. People can finally own the upside from their work. Web three matters because we're building an internet owned by people instead of middlemen. It's a huge leap, an amazing concept. That's why people over here are so passionate and just love what's going on here. We're just building and it's amazing it's still early for web three there are scammers that undermine this trust and ownership narrative that's why it's important.
00:02:13
So important to get educated early and we're gonna compare web one. Web two and web web three some don't even know that there's a such a thing out there like that Web one read you used to only be able to read and that would all that would be all the interaction you could do on a website and web one web to read and write. You were able to read and then also build and write on websites. Web three read write and own. You know that's the huge thing. That's the big idea now if you remember that's kind of what it looked like right? If you remember web one early nineties 19 nineties early two thousands it was read only people consumed static web pages that they navigated to from directories like yahoo web one was built on open source protocols like H.
00:03:13
T. T. P. Right? Web two web to early two thousand's to today is read and write. People create and consume content on the social platforms that we're all familiar with and web two tech giants extract value from users by sitting in the middle. Web two is built on client based architecture right client server architecture where users are the client and companies control the servers. That's what's happening currently right now. So Web three. Web 3 is 2020 till now and into the future it's read, write and own people create, consume and own the upside of their work through tokens. Web three is built on peer to peer networks of computers that talk to each other without middlemen.
00:04:17
That's Blockchain. That's the code that's written by developers. Smart contracts. Amazing. That's what's going on here. So Web three is powered by tokens and we're gonna talk about that. What is a token? A token is a record of ownership of an asset tokens can be fungible or non fungible fungible tokens are interchangeable like the US dollar Bitcoin. Non fungible tokens are unique like a piece of art. Give you an example if you're a company, you're going to take any dollar as payment. Right? But if you were only gonna take a certain dollar that had a certain red social Security number on that printed dollar, that would be a non fungible token, that you're only going to take that one specific dollar for a payment. That's a non fungible token. Right, So let's let's look at a game like Fortnite or or roadblocks as an example, fungible tokens are the virtual currency like v bucks, right?
00:05:27
Or Roe bucks that are in these games. Non fungible tokens are the character skins and emotes in the games right, those unique pieces that the either the character plays or or wears these skins. But just to get a little example of two. When you hear tokens and coins, tokens live on the Blockchain, right? And we will go into a little further with some more videos about explaining what's the difference. But a very quick example is tokens are are tokens that can live on many different block chains, but a coin like Bitcoin only lives on the Bitcoin Blockchain, right? It is a coin, it is native to the Bitcoin Blockchain. Right? So that's differences when you hear people talking about coins and tokens. Alright, appreciate it, thank you for listening. And we're gonna have a whole bunch more videos that can help you get the good idea of web three block chains and uh you know Cryptocurrency.
00:06:29
Thanks. Bye.