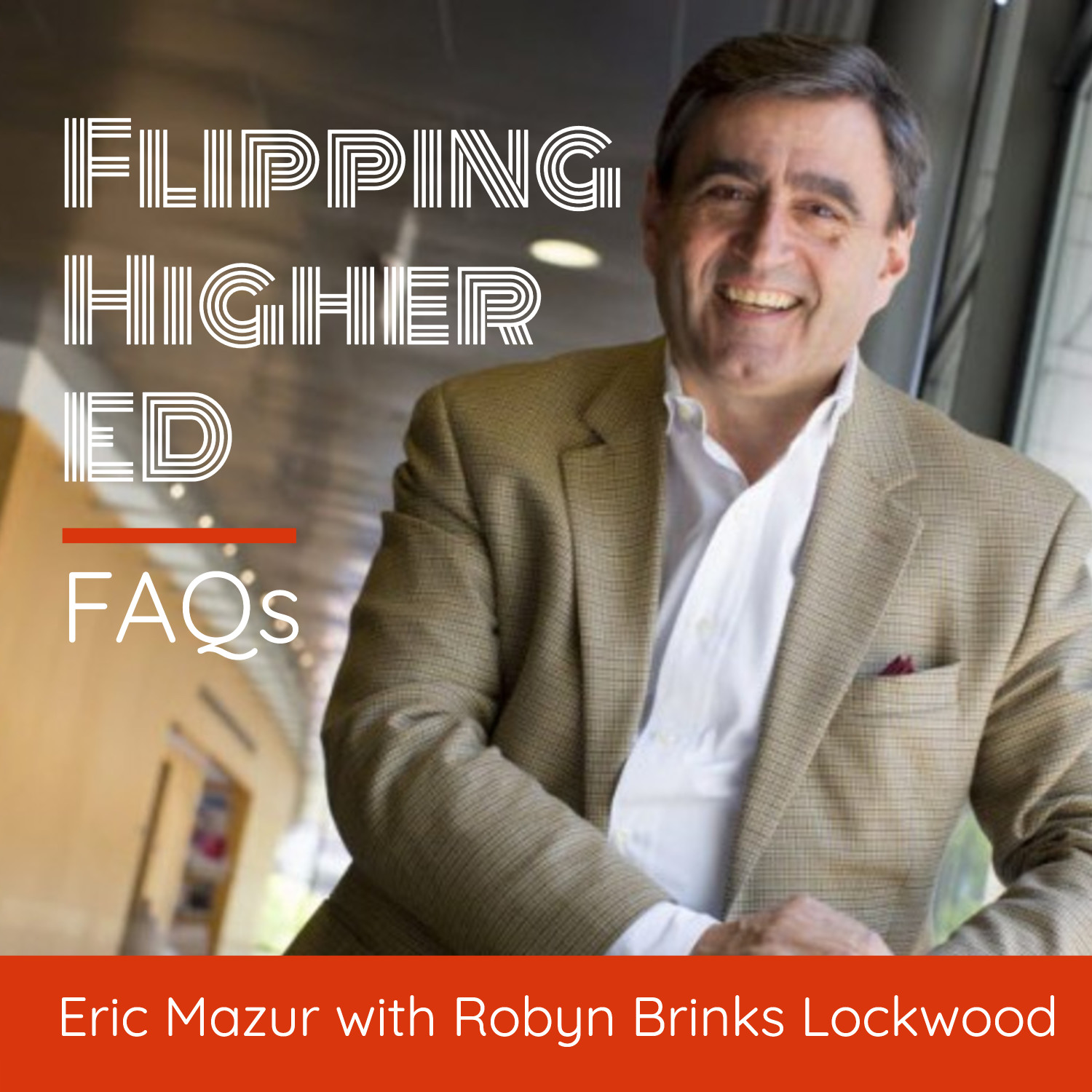 1 of 5 episodes indexed
Back to Search - All Episodes
00:00:00
damn radio network. A student who claims to benefit from a lecture probably is learning not because of the lecture, but in spite of the lecture. Welcome to flipping higher ed answers to frequently asked questions with erIC Mizeur and Robin brings locker. Robin. There have been studies published about students who typically do very well in lecture based classes, but they tend to struggle and flipped classes. Why do you think that is? I think that what benefits learners is much more universal than we think learning is not a spectator sport. You don't learn by watching a professor engage in the scholarship of the discipline that he or she is trying to teach. And I said, professor, I mean, any instructor from kindergarten all the way to graduate school, even though I think the teachers in kindergarten do a whole lot better than we professors tend to do in graduate school. So I think that the good students quote unquote and I really want to put quotes against that because to find good students.
00:01:07
But let's say, a student who claims to benefit from a lecture probably is learning not because of the lecture, but in spite of the lecture. And we faculty and instructors are to some degree products of that approach, right? We did well, but we did well, mostly because we had the intrinsic motivation to learn and we were able to, through self study and perseverance and persistence, we're able to thrive in spite of the electrolyte that I always was thinking. I probably learned all that I know, because I had good lecturers, but thinking back, I've forgotten most of the classes I took as an undergraduate students, the knowledge and skills. I know now I think I taught myself, but, you know, most of our students will not fall in that category because they're going to have very different interests and therefore finding a way to engage them more actively in the study. I think it's crucially important. Yes, I I think that it's not so much that students do better or do well or prefer lecture based classes.
00:02:13
It's that's all they've ever known. So they've learned to do well in that particular setting. With that being said, some of my students, at least I teach second language studies and they came from cultures and environments that had very lecture based classes. So they did struggle a little bit in the flipped classroom. That's part of the reason I started flipping my own classroom right in order to help them succeed in a flip setting, I thought I should flip my own classes to better help them. Absolutely. And, you know, you said something important there, preferring lecture. And it's true, there are studies, there's one from a colleague of mine at Harvard University that show that, you know, given a choice between active learning and passive learning. Students who are mostly exposed to passive learning that is the lecture approach tend to prefer that approach because that's all they know and they are under the same naive preconception that we instructors are, namely that that's how you learn and we have to keep reminding them that's not how you learn.
00:03:17
You don't learn to play the piano by just going to your music teacher and listening to the music teacher played the piano. You don't train for a marathon by sitting in front of the tv watching marathon runners. You've got to do the piano playing, you've got to do the running, saying for physics or art history or whatever. To become a good art historian. You need to engage in the mental process of thinking like art historian, put things in historical context, put yourself in the mindset of somebody living at that time or for physicist, you need to engage in the process of thinking like a physicist or a scientist. Thank you. ErIC, you've been listening to flipping higher ed with eric Missouri and brings Lockwood. Thanks for listening.